The girls basketball team finished off the season with a strong win over Teton–the fifth time the Diggers have defeated Teton this season. They also earned the Academic State Championship with an average GPA of 3.97. The girls season ended with their only losses being to Soda Springs earlier in the year and to eventual champion Timberlake in the opening round of the state playoffs.

The Lady Diggers bounced back in admirable fashion to eliminate Kimberly from the tournament with a 75-32 win. The Diggers dominated in every phase of the game, and were paced by 31 points from Mardee Fillmore. They will face Teton (again) in the Consolation championship game. Teton defeated Fruitland 61-39 in their game earlier today.

The girls basketball team fell to Timberlake 45-40 in double overtime in the opening round of the state tournament. Timberlake’s Taylor Suko hit a clutch three-pointer to send the game to double overtime, and the Diggers lost in the second overtime. They will play the loser of Parma and Kimberly at 3:00 PM on Friday.

The state playoffs begin today! The Lady Diggers, ranked #1 in the state, will face off in the opening round today against #2 ranked Timberlake. The game will be broadcast on the NFHS Network, which requires a subscription to watch the game. Audio will be streamed live on Idahosports.com for free.

The full tournament bracket is below: 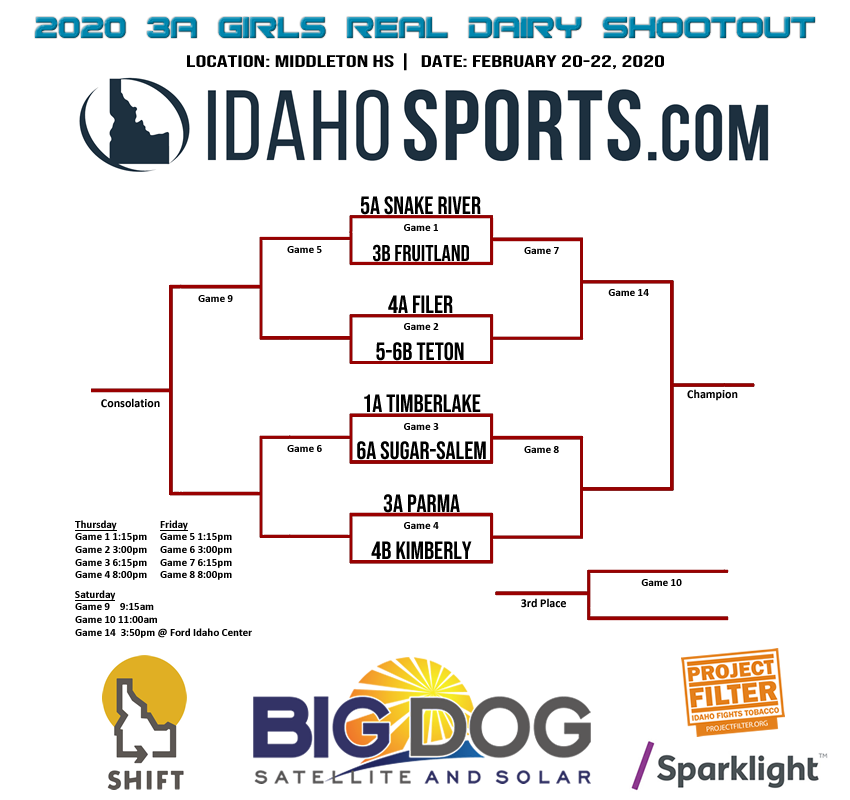